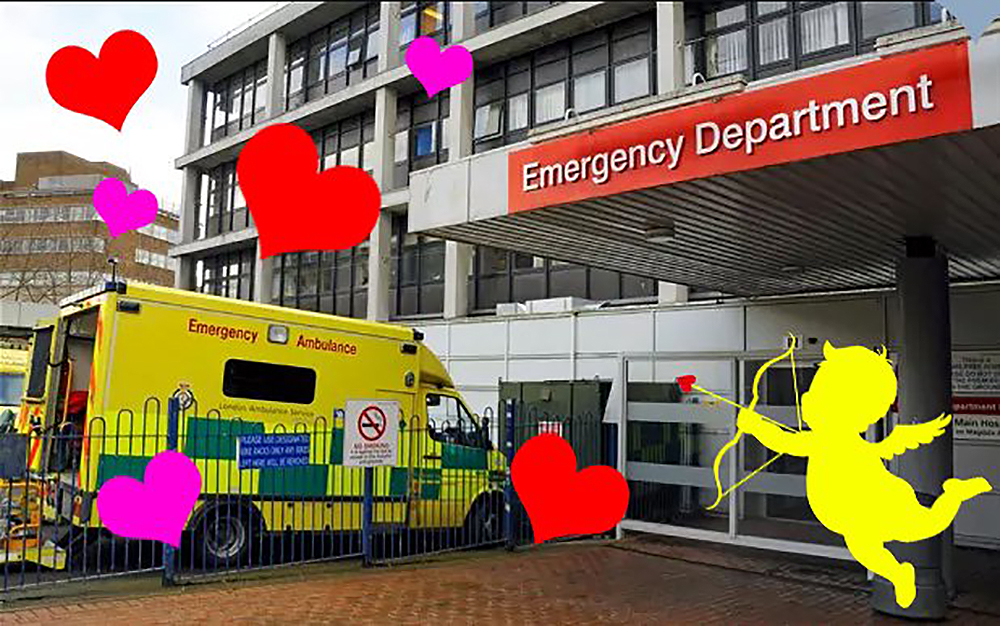 Last week, you told us a few of your most unfavourable dating anecdotes, and to be honest - we were impressed. Check out some of these memorable rendezvous yourself...

“I went on a date with a girl I met in a pub. At first, she was really cool, but I should have realised something was wrong when she asked questions about a holiday I didn’t recall telling her about. Next thing she goes to show me a picture of one of her holidays and I notice pictures from my Facebook in her photo albums. The worst thing was, we weren’t friends on Facebook.”

2. Sometimes, you get a runner

"I once had a guy leave when I was in the bathroom. True story."

“Out of the blue, a guy I’ve had a massive crush on for years asked me out for dinner and movie. This sounded pretty exciting for me. When the day of our date finally arrived, I waited and waited and waited, but had no word from him. He was nearly an hour late, so he suggested we skip the restaurant, though I was starving. At the cinema, he all but pushes me out of the way to get in front of me in line so he can pay for his own ticket and leaves me to buy my own. Then in the movie, he keeps talking through all of the dialogue. Then he refused to get dinner afterwards, as he says he needs to drop me off now so he can go to a party and get drunk.”

“I met this guy online and agreed to meet up for dinner that night. A few hours later, he texts to tells me he is in the hospital and asks me to come visit him, but won’t explain why he’s there. I agree, thinking maybe he broke his leg or had a car accident on the way to dinner? When I arrive, I discover he’s there because his wife tried to run him over when he asked for a divorce!”

“I once went on a date with a guy who was adamant he would pick me up. Needless to say, I thought he was a typical guy trying to impress me with his sports car. Turned out, it was a Hearse. And if that wasn’t bad enough he suggested we spend the night in the back of it. That didn’t happen and neither did the second date.”

“During Valentine’s Day last year, I accidentally choose a bar which was showing the football. The guy I was seeing watched the match over my shoulder for the whole date, then proceeded to be in a mood when his team didn’t win. That was our last ever date.”

7. I almost died - then pretended I had!

“The first time meeting her she was extremely clingy and was already planning our wedding, how many kids we're having - and I had only known her for an hour. Being 18 I wasn't ready for this. She was giving looks of disgust to everyone who looked at me who was female. Fortunately, after the meal we went to get snacks from a corner shop and I accidentally bought a chocolate bar with nuts in. Me having a severe nut allergy, I was rushed to the hospital where I almost died but the next day I was discharged and went to my mate's, where he called her and said I died. We've had no contact since."

8. Some people will get a little too comfortable...

"I went out with someone who drank two bottles of wine. Clearly, I slept with him anyway. I woke up in the middle of the night to find him PEEING OFF THE SIDE OF MY BED IN HIS SLEEP."

"I met a guy online - he never washed his hair and was proud of that! It looked awful. He asked to be my boyfriend within five minutes of meeting! Then he told me he was surprised that I wasn't shy, ‘because he had a better body than me’."

“I once saved a girl’s number as 'Special K' in my phone. Don't ask why, I was drunk. We proceeded to go on a date and I tried everything to get her to say her name. It wasn’t until our third date I confessed to not knowing her name… Keisha is now my girlfriend.”