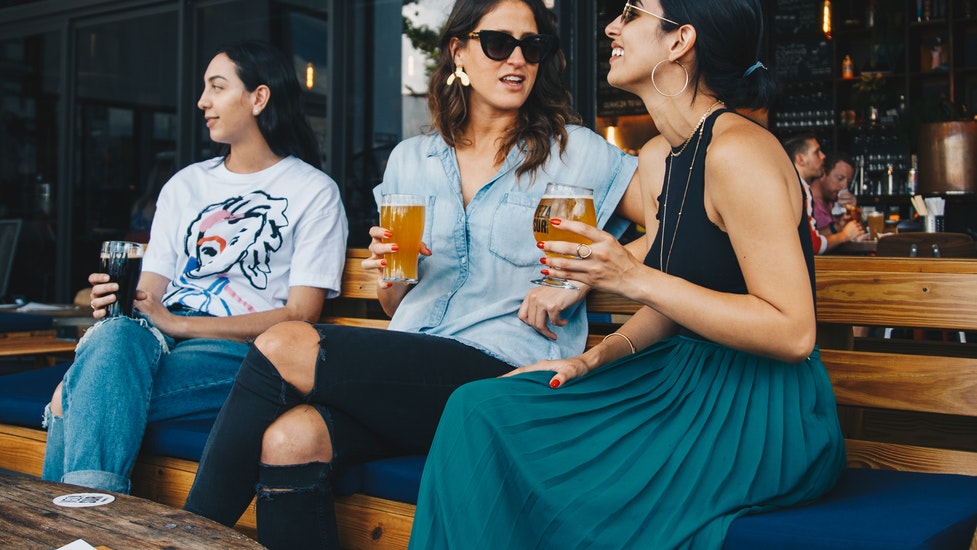 Top 5 things to do in Peckham

Located in the trendy heart of Peckham, Gardens House is the perfect location for any jet setter. With lots of cafe's, rooftops, street food and more, it's the place to be. Peckham also has lots of transport links into central London with a mainline overground station in Peckham Rye and a variety of buses for quick and affordable travel into the city's favorite places.

Peckhamplex is one of London’s most popular independent cinemas and with tickets costing just £4.99, it’s easy to see why!

Some may assume at that price, you’d probably only get access to films that you’ve never heard of but for this steal of a price, Peckhamplex serves up blockbuster films alongside more independent offerings, so you won’t be stuck for choice here at all.

Frank’s is a rooftop bar atop an old industrial building with fantastic views of London. Thanks to this, it is now a firm favourite with locals in London and a great spot to watch the sunset over the city. Grab a drink or snack for an affordable price whilst staring in awe at the beauty of London. Sound’s perfect right? Be sure to check it off your “must do” list in the summer.

Peckham Levels is set within a converted multistory car park filled with a choice of restaurants, eateries and artistic spaces. Make a note to pop into West for the best brownies, Near and Far for their epic cocktails, Lords of Poké to build your own poké, and Nandine for some tasty Kurdish dishes. It’s the perfect place to start a night out in town with food and drinks, before heading off to Frank’s for a cocktail.

Situated on Peckham’s bustling Rye Lane, Four Quarters prides itself in being London’s first arcade bar. Boasting 5 original arcade cabs from the early 80’s up to the 2000’s, a cosy upstairs room with 10 retro consoles (open Fri-Sat) and a hidden basement cocktail bar and club space called ‘The Confession Box’ (open Thurs-Sat). After you've gamed until your heart's content, Four Quarters' kitchen is open from Tuesday to Saturday serving US inspired grill including hearty hot-dogs, loaded fries and grilled cheese. Fans of craft beer, whisky and the 1980s are sure to love this hotspot.

Located in the basement of Peckham’s multi-purpose arts venue the Bussey Building, Rye Wax is a record shop, a nightclub, a bar and restaurant all in one﻿.﻿ Rye Wax is a Peckham favorite, renowned for its down-to-earth staff and the cool﻿ vibe of its club nights, Vietnamese street food and once a month barber shop pop-up. T﻿houghtfully stocked with a stellar selection of vinyl and CDs catering to hip, modern tastes,﻿ covering anything from psych rock to soul, The Rye Wax﻿ has established itself as a significant part of Peckham’s music scene since opening its doors in 2013.﻿ ﻿

﻿ Hear student Adam's reasons why he loves living south of the river.

It's time to book your arrival slot for UAL Halls!

Important information for students arriving from within the travel corridors

Important information for students arriving outside of the travel corridors

What to know if you're self-isolating in UAL Halls

Finding support that works for you

preparing for halls advice how to applications applying for accommodation